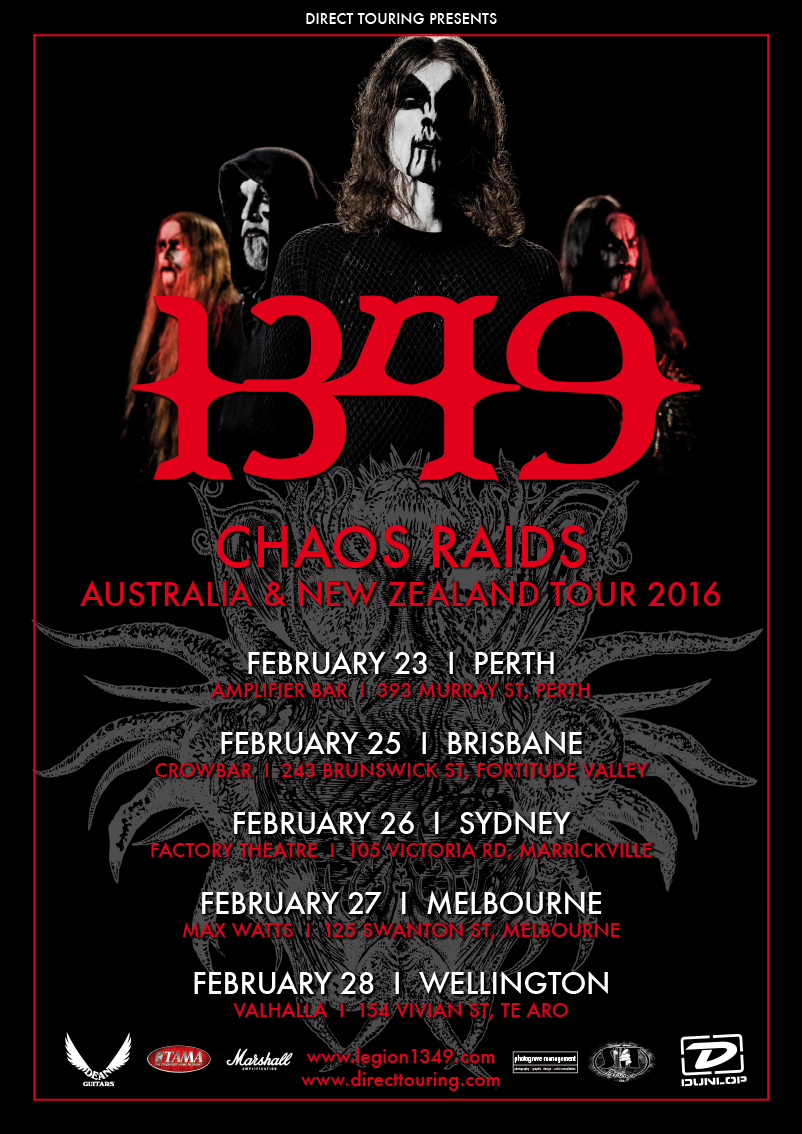 In February of 2016, 1349​ shall set the Australia and New Zealand Legions ablaze with AURAL HELLFIRE.

States vocalist Ravn, “Both 1349 and our Australian and New Zealand fans have been wishing that 1349 would tour in their areas for quite some time. In February, wishing becomes REALITY. We are ready to see the Legions in full force at these upcoming shows.”

1349 is continuing to tour in support of their 2014 release, “Massive Cauldron of Chaos“, which was released to both critical and fan acclaim across the world. The “Chaos Raids Australia and New Zealand Tour” will take 1349 through Perth, Brisbane, Sydney, Melbourne and Wellington. Tickets are available now, with Deluxe Ticket Packs also being available which include:

The Deluxe Ticket Packs are limited to 33 for each city, so do not delay. 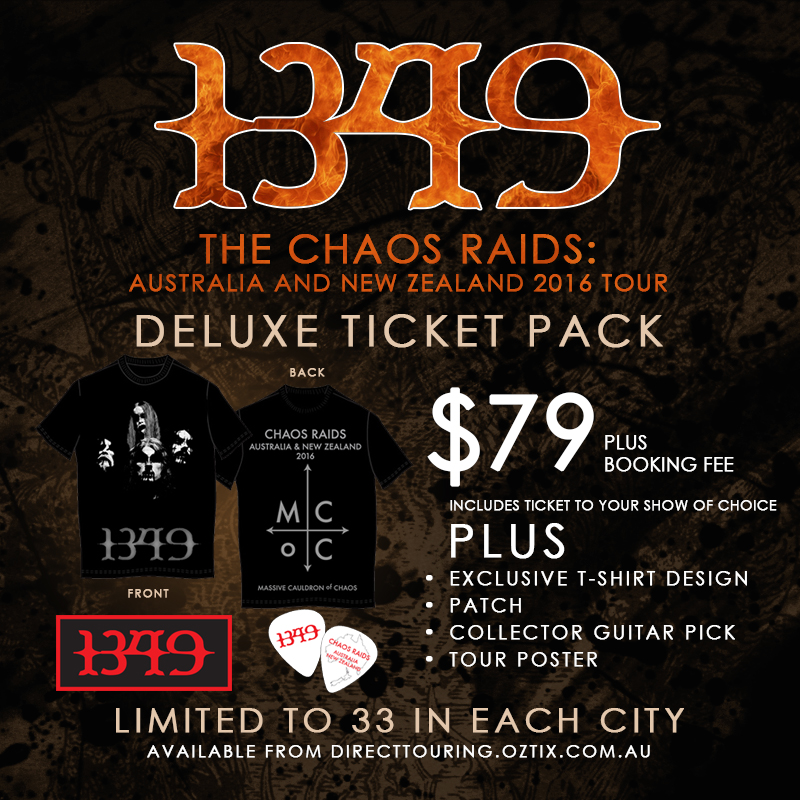