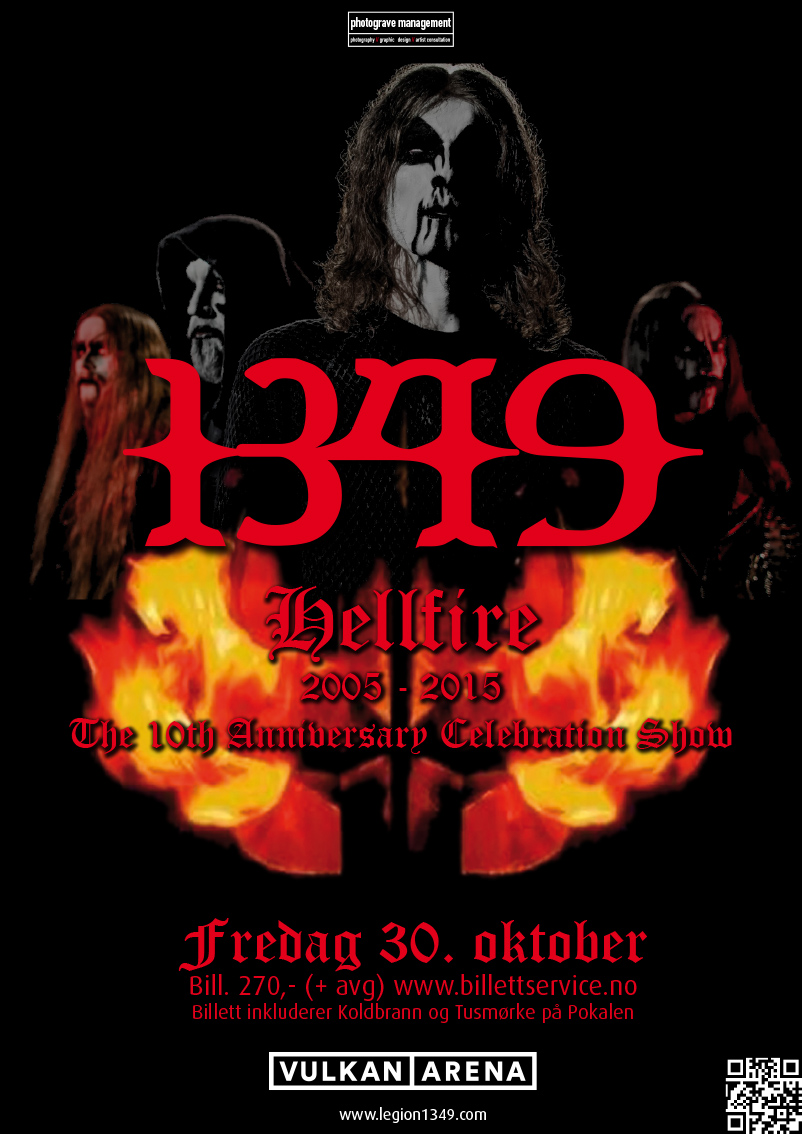 In 2005, 1349 released a monumental album in “Hellfire“. It was the 1349‘s third studio album, and perfectly captured the band’s intense atmosphere along with its unrelenting speed and aggression. From the ferociousness of the album opener, “I Am Abomination“, to the 13 minute, 49 second epic title track, the “Hellfire” album propelled 1349 to international acclaim.

It is rare that 1349 look to the past, but on Friday, October 30th, the past will become alive again.

Join 1349 in celebrating 10 Years of “Hellfire” at the Vulkan Arena in Oslo, where 1349 will play “Hellfire” in its entirety.