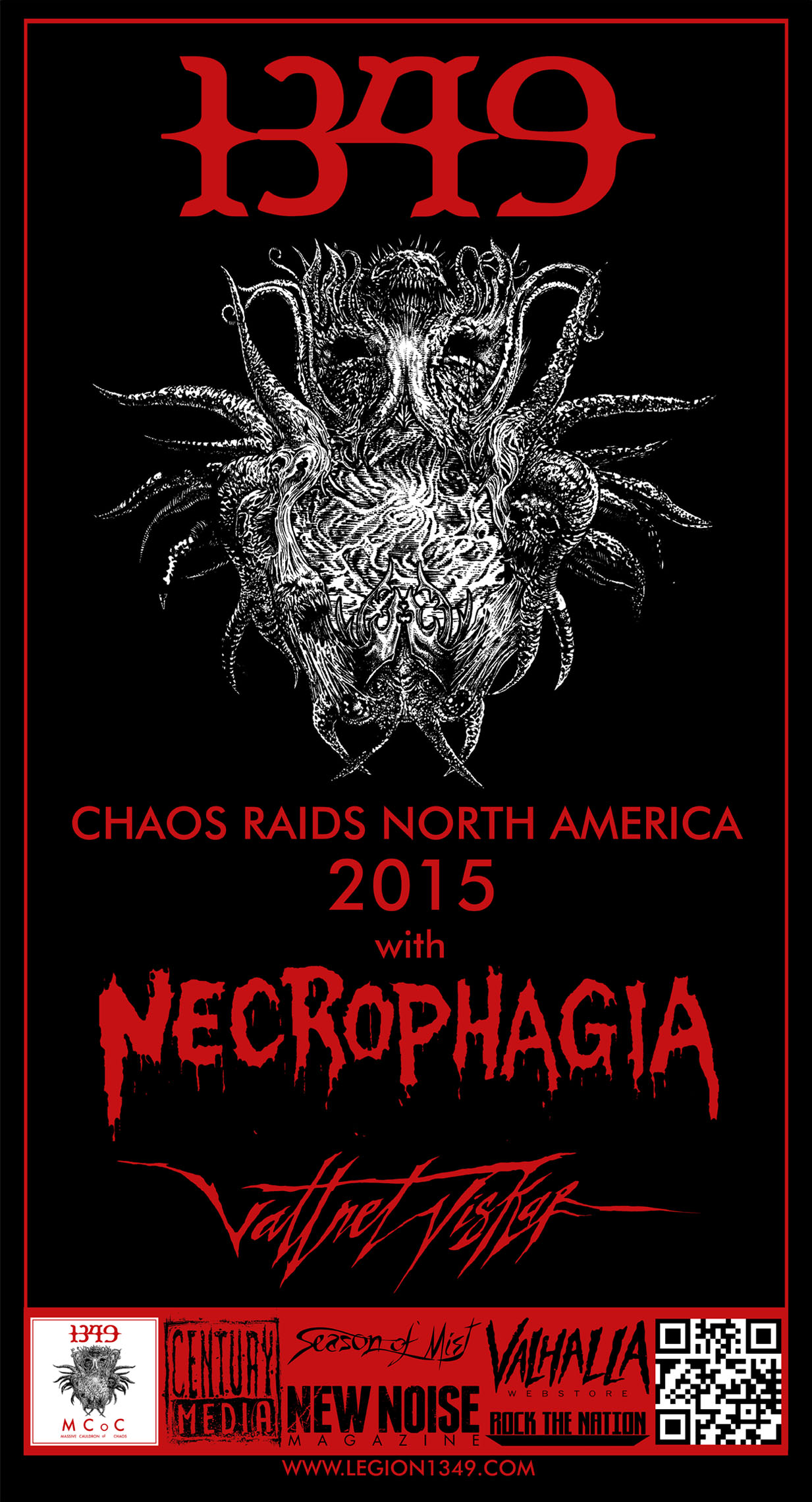 Via Season of Mist:

“Norwegian black metal tyrants 1349 have announced the second leg of the North American ‘Chaos Raids’ tour. The ‘Chaos Raids North America’ tour kicks off on May 30 and includes cult death metal pioneers NECROPHAGIA and VATTNET VISKAR. A full list of confirmed tour dates can be found below.

1349 is touring in support of their new album, ‘Massive Cauldron of Chaos‘. The album, which has been called a ‘another career-defining release which will surely confirm their place among black metal’s more promising groups.’ (Sputnik Music), and a ‘musical, versatile effort that should earn 1349 a high degree of respect going forward’ (Metal Injection) is streaming here.